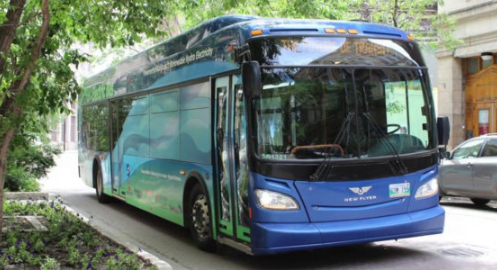 New Flyer of America Inc. has announced the opening of a new component manufacturing and assembly facility in Jamestown, N.Y., located in Chautauqua County in western New York state.

According to the company, the 40,000-square-foot facility will start by manufacturing certain components for up to 10 New Flyer Xcelsior buses per week, which will then be assembled at New Flyer transit bus production facilities in St. Cloud, Minn.

As reported, New Flyer’s expansion into New York was made possible by the START-UP NY program, which is an innovative program associated with New York state colleges and universities that have committed to create at least 4,490 new jobs and an investment into the state of more than $251 million over the next three to five years.

On Oct. 28, 2016, New York state Gov. Andrew M. Cuomo announced that New Flyer, and its local partner Jamestown Community College, was one of 202 businesses to have joined the START-UP NY program.

“This program continues to attract companies with visionary goals to every region of our state and is playing a key role in revitalizing those communities,” says Cuomo. “This unique model of partnering innovative companies with our world-class colleges and universities not only creates new jobs, but also leverages hundreds of millions of dollars in private investment to stimulate regional growth.”

“New Flyer has a long-standing relationship with New York Metropolitan Transportation Authority, having more than 2,200 New Flyer transit buses delivered or on order over the past two decades,” says Paul Soubry, president and CEO of New Flyer.  “We have been actively looking to expand our presence within the U.S. and, specifically, the state of New York to enhance our state content and support the local economy. Further, the New Flyer team is now working with our motor coach subsidiary MCI to evaluate opportunities to manufacture motor coach components at the same facility.”

New Flyer says it has signed a five-year lease on the commercial building, with options to extend to 15 years. The facility is now fully operational and is estimated to create 40 new local jobs.