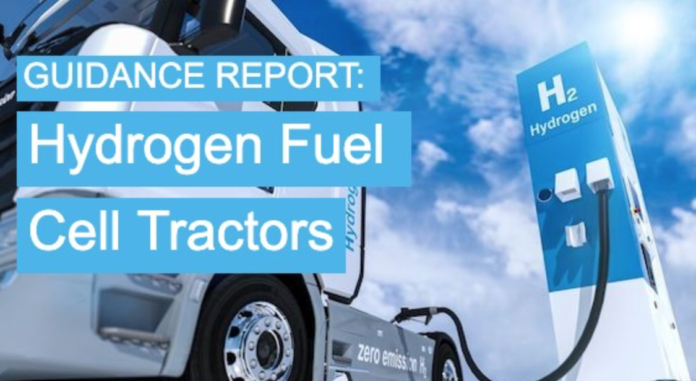 Hydrogen fuel cell trucks’ adoption is being driven by regional and national considerations that are much bigger than what exists for trucking fleets, according to Making Sense of Heavy-Duty Hydrogen Fuel Cell Tractors, a recently released guidance report from the North American Council for Freight Efficiency (NACFE).

“Almost every day there is a new announcement about hydrogen fuel cell electric trucks,” says Rick Mihelic, director of emerging technologies and study team manager at NACFE. “Even with all the information, there are a lot of unanswered questions. We published this report to help make sense of hydrogen for commercial freight movement.”

Key findings from the report include:

-Battery electric trucks should be the baseline for hydrogen fuel cell electric vehicle (HFCEV) comparisons, rather than any internal combustion engine alternative
-Fleet investment in new fuel cell electric and battery-electric vehicles requires vehicles. The debate on infrastructure is irrelevant if there is no demand.
-The future acceleration of HFCEVs is likely not about the vehicles and fueling but resides mostly on the creation and distribution of the hydrogen itself
-The potential for autonomous fuel cell trucks to operate 24-hours a day adds significant opportunity for making sense of capital and operational investment in hydrogen.

With an abundance of new research and company announcements in the hydrogen truck space, this report offers not only a way for the readers to make sense of the opportunity, but also provides a set of resources for those who wish to explore the subject further.

NACFE works to drive the development and adoption of efficiency-enhancing, environmentally beneficial and cost-effective technologies, services and operational practices in the movement of goods across North America. NACFE provides independent research – including confidence reports on available technologies and guidance reports on emerging ones. NACFE partners with Rocky Mountain Institute (RMI) on a variety of projects including the Run on Less fuel-efficiency demonstration series, electric trucks, emissions reductions and low-carbon supply chains.