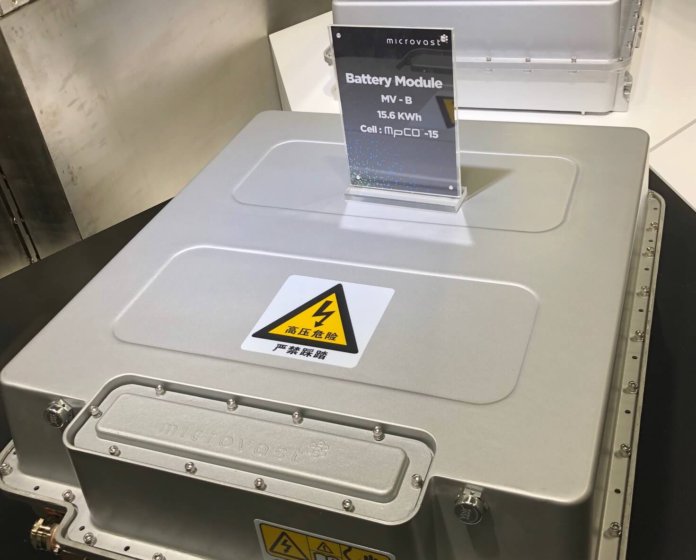 Microvast says its Gen 3 MpCO battery can be fully recharged within 15 minutes, with a high-cycle lifetime that fits the typical operating life of the buses themselves. The technology offers 41% greater energy density than the company’s previous generation (LpCO) batteries, reducing cost and space requirements.

“After considerable success and proven performance in China, we are excited to offer our third-generation MpCO lithium-ion battery system to the U.S. market,” says Lance Deng, head of U.S. operations for Microvast. “With higher energy density and better performance at a lower cost, our MpCO technology incorporates significant improvements over our previous generation. The standardized battery module also enhances production capability and quality.”

Microvast is a fully vertically integrated battery manufacturer headquartered in Stafford, Texas, with offices in China, the U.K., Germany and Singapore. The company says it will reach 4 GWh of production capacity by the end of 2017 and is expanding its manufacturing facility to provide 11 GWh of additional capacity. To date, Microvast claims it has supplied more than 18,000 hybrid and fully electric buses with battery systems, operating in more than 150 cities across six countries.

Photo: Microvast is showcasing its new MpCO battery technology at this week’s APTA EXPO in Atlanta.

So what is the per KWh price of Microvast batteries??? Can we buy these modules for electric conversion of cars???

No ,it too heavy check http://www.baanlithium.com