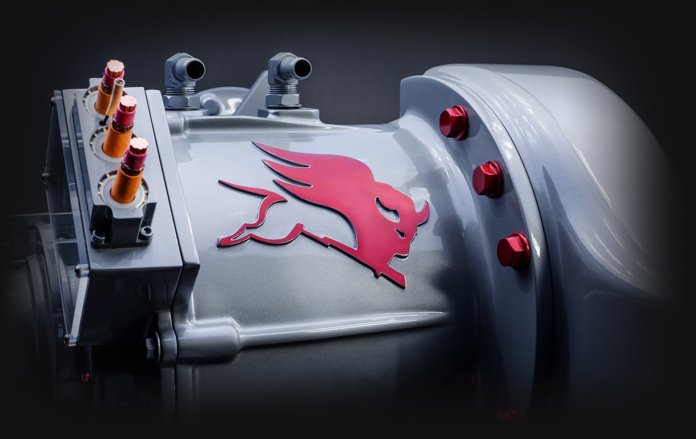 Meritor Inc. says it has been contracted to supply all-electric drivetrain systems under its Blue Horizon technology brand for 38 terminal tractors for use at the Port of Long Beach and the Port of Oakland, Calif.

The tractors will be equipped with TransPower-designed drive, powertrain controls, accessory and energy storage subsystems, along with Meritor axles and brakes that work in tandem with the TransPower electric powertrain.

The DINA-branded battery-electric terminal tractors were designed to work in the harsh port environment operating 16-hour days and hauling up to 130,000 pounds of cargo. Each tractor is designed to operate for two eight-hour shifts with a one-hour opportunity charge between each shift, followed by overnight charging. The tractors will also be equipped with automated charging technologies to further reduce total operating costs.

“This is one of the largest contracts ever awarded for battery-electric terminal tractors,” says T.J. Reed, vice president, front drivetrain and electrification, for Meritor.

Deliveries of the vehicles are scheduled to begin later this year through October 2020. Meritor and TransPower were awarded the $17.1 million contract with SSA Marine as part of the $50 million that the Port of Long Beach obtained from the California Air Resources Board’s Zero and Near Zero Emission Freight Facility (ZANZEFF) program.

Meritor and TransPower have been collaborating with SSA Marine to finalize the design of the vehicles.