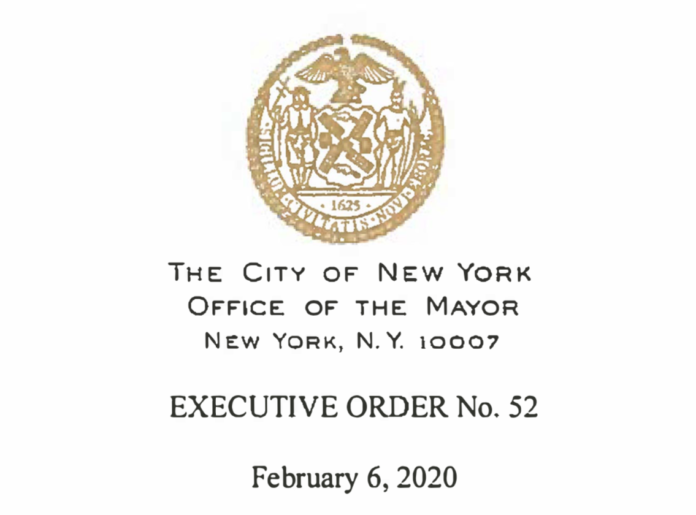 Mayor Bill de Blasio delivered his seventh State of the City Address, unveiling his administration’s progressive vision for a carbon-free future. With two years left in his second term, de Blasio’s address provides the blueprint to protect future generations from the threats of climate change.

In accordance with his address, the mayor recently issued two executive orders that address this growing need to combat the effects of climate change. One order called for the electrification of the city’s fleet, and the second prohibits projects that aim to expand fossil fuel infrastructure projects.

“New York City is the greatest city in the world, but many New Yorkers have real fears that the city they love is slipping away,” says de Blasio. “From making Pre-K universal, to creating the safest big city in America, we have accomplished so much together, but we need to go much farther. We must make New York City easier to afford, protect the mom-and-pop businesses that make New York New York, and hand this city back to the people who make it so great.”

de Blasio unveiled the following proposals as part of his 2020 agenda:

I’m glad I don’t live in NY! Going to be cold and energy will be the highest in the nation! Solar and wind power is only sustainable with government subsidies and of course high costs and taxes.