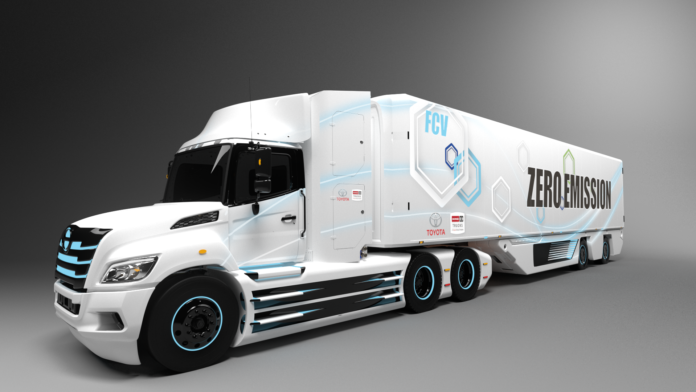 With the rapidly expanding interest in heavy-duty electric trucks, Hino Trucks, a Toyota Group company that manufactures, sells and services a lineup of Class 4-8 commercial trucks in the U.S., and Toyota Motor North America (TMNA) have agreed to jointly develop a Class 8 fuel cell electric truck (FCET) for the North American market.

The companies will leverage the newly developed Hino XL Series chassis with Toyota’s fuel cell technology to deliver exceptional capability without harmful emissions. This collaboration expands upon the existing effort to develop a 25-ton FCET for the Japanese market which was announced earlier this year.

“Expanding upon our proud heritage of the Hino powertrain, Toyota fuel cell technology offers our customers a commercially viable, extended range, zero-emissions vehicle in the near term,” says Glenn Ellis, senior vice president of customer experience at Hino Trucks. “Hino shares a common focus with Toyota when it comes to durability, reliability and innovation with the customer at the center of design which makes this collaboration a game-changer.”

Toyota has created a large value chain as its teams have contributed to designing, engineering and assembling more than 40 million cars and trucks in North America, where it has 14 manufacturing plants. Toyota’s 1,800 North American dealerships (nearly 1,500 in the U.S.) sold nearly 2.8 million cars and trucks (nearly 2.4 million in the U.S.) in 2019.