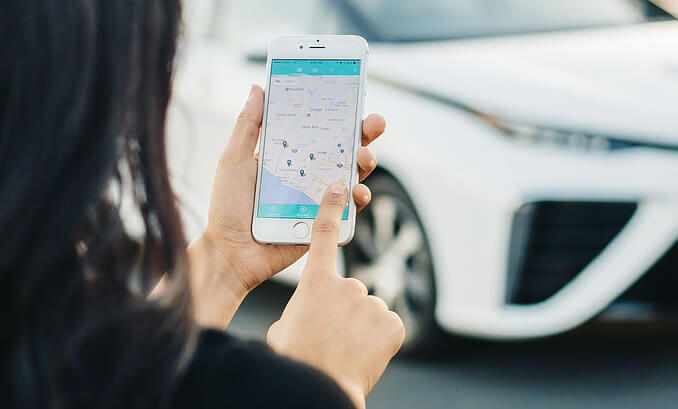 According to StratosFuel, the proposed award will go toward purchasing 15 FCEVs that will be deployed in east-central Southern California. The award comes after the CEC released a grant solicitation entitled “Innovative Service Mobility Demonstrations with Zero-Emission Vehicles” on March 9. StratosFuel says the grant solicitation made available $3 million in an effort to fund up to four innovative electric vehicle mobility service projects in four specific California regions.

According to the company, the car-sharing fleet of 15 FCEVs will increase zero-emission ridership in disadvantaged communities and increase throughput at public-funded hydrogen refueling stations (HRS). To begin, the cars will be deployed near the Ontario and Riverside hydrogen stations. The fleet will consume 100% renewable hydrogen, furthering StratosFuel’s renewable hydrogen initiative.

Jose Magana, COO of StratosFuel, comments, “Having this fleet will be a great opportunity to increase the utilization of our Zero Impact Production facility and to further the use of our cost-competitive renewable hydrogen, furthering our goal of making hydrogen an everyday fuel.”

StratosFuel says it will begin sharing cars under the brand name StratosShare. Riders will be able to rent and share vehicles based on location, which can conveniently be booked through a smartphone application. The company claims StratosShare will be competitively priced and include fuel, as well as insurance into the rental fee. Riders will have the option to either rent a vehicle by the hour or day. Further details, including a planned program launch timeline, were not disclosed.

“We want to provide a zero-emission vehicle alternative to the shared mobility sector and do so with convenience,” says Jonathan Palacios-Avila, CEO of StratosFuel. “Sharing a FCEV is a great opportunity for drivers to understand the simplicity of driving and refueling an electric vehicle in minutes.”

StratosFuel says it plans to expand its FCEV fleet to other regions in California, as well as add more vehicles to the fleet. The Stratos team is currently speaking with cities and other station developers to identify future deployment locations.