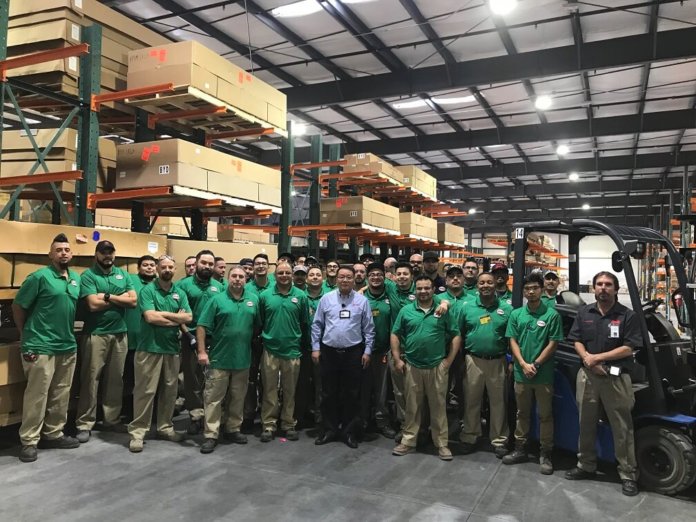 This is the firm’s fourth expansion at its manufacturing campus in Los Angeles County, bringing its total investment in the Lancaster facilities to more than $53 million.

“BYD’s latest investment to boost efficiency and production in order to meet increasingly high demand for its vehicles is just one example of what the company has done and continues to do for our local, regional and national economies,” says R. Rex Parris, Lancaster mayor. “BYD’s strong sense of corporate citizenship and continued investment has resulted in a better quality of life for those living in Lancaster, as well as the surrounding areas.”

“We have the capacity to produce up to 1,500 battery-electric buses a year, which will go a long way toward creating a cleaner climate and a quieter, more efficient way to travel,” states Bobby Hill, vice president of BYD North America for coach and bus.

Since it first opened in 2013, the Lancaster manufacturing plant has grown from 106,000 square feet and a workforce of a few dozen to a facility that now covers more than a half-million square feet and employs more than 820 workers.

The company also has purchased an additional 150 acres of land near its Lancaster manufacturing plant and is planning further service/maintenance centers across the U.S.