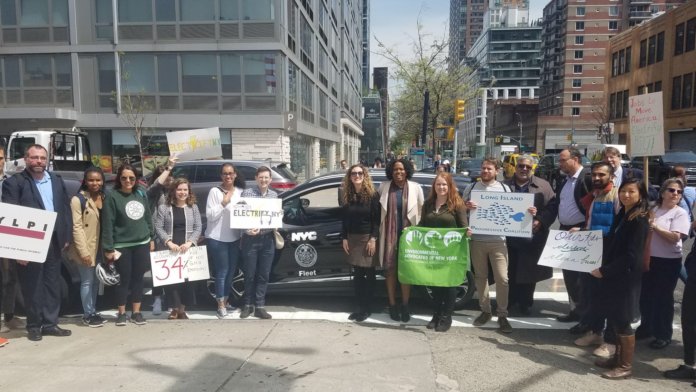 ElectrifyNY is calling on New York State to commit to a swift, just transition to zero-emissions transportation for New York by 2040 – one that creates good jobs, centers on environmental justice communities and expands access to public transportation in underserved communities.

The group is calling on the Metropolitan Transportation Authority (MTA) to release a detailed plan and timeline for a 2040 all-electric fleet. The coalition will also unveil a “municipal toolkit” to help transit agencies and officials harness electrification to create jobs, bring environmental justice communities and frontline workers into the decision-making process, determine the principles of a just transition, shape key equity metrics, and meaningfully integrate community feedback to ensure transparency and public accountability.

According to the group, New York State is home to over 100 transportation agencies, including the largest in the nation, the MTA. The MTA alone purchases 30% of all transportation vehicles in the country.

In New York City, bus riders from low-income communities and communities of color account for 75% of total ridership, the group says. With nearly half of the MTA’s buses still burning diesel fuel, these riders are disproportionately impacted by the poor air quality and noxious emissions from diesel buses.

“The climate crisis is real, and it is urgent. That is why the City of New York is taking swift action to reduce carbon emissions from its vehicle fleet,” notes Lisette Camilo, commissioner of the NYC Department of Citywide Administrative Services.

“New York policymakers can’t ignore the massive emissions from the transportation sector as they move to implement bigger climate goals,” says Allison Considine, New York campaign representative for the Sierra Club. “Reducing transportation emissions means ensuring resiliency for the people of New York, improving health outcomes and creating green jobs. We must invest in affordable and accessible public transportation – including zero-emission buses – and expand the necessary infrastructure and policies, like electric vehicle charging stations, for all New Yorkers to transition to zero-emission vehicles.”