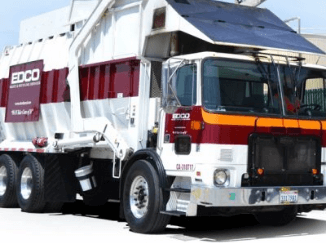 The company says that the new vehicles, equipped with Cummins Westport’s ISL G Near Zero NOx natural gas engine, will be among the first advanced, near-zero collection trucks to operate in the state of California.

According to EDCO, the natural gas vehicles emit 90% less NOx emissions than limited by 2010 standards, adding that 10 of these near-zero engines produce the emissions equivalent of only one 2010 engine.

Supporting this claim, the California Air Resources Board has identified the emissions from Cummins Westport’s Near Zero engine to be equivalent to those from a 100% battery-powered vehicle using electricity from a modern natural gas power plant.

Notably, EDCO has shown a commitment to using renewable natural gas (RNG), as well, noting that there are more than 200 RNG-powered trucks already in service in its fleet.