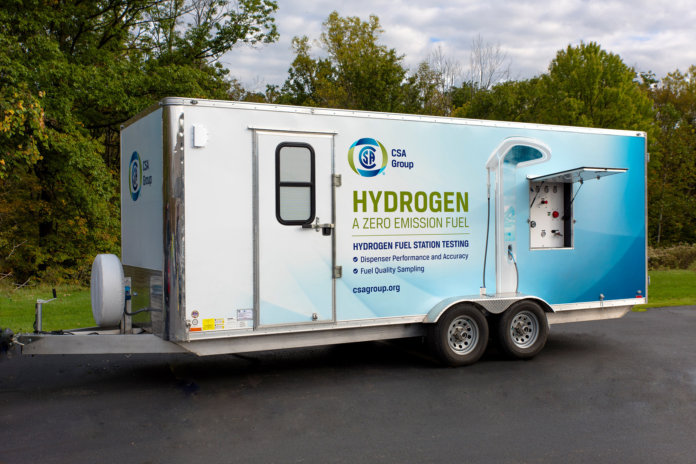 According to CSA, hydrogen continues to gain traction as a transportation fuel globally, with increasing commercial interest and automotive original equipment manufacturer (OEM) development and production of hydrogen fuel cell electric vehicles. Subsequently, there has been a greater focus in recent years to increase hydrogen fueling infrastructure.

Public hydrogen fueling stations in service and in development are increasing in numbers, particularly in California and the northeastern U.S. However, CSA notes, new fueling station projects occasionally face delays in receiving approvals from authorities having jurisdiction (AHJs) that may not be familiar with hydrogen technology; therefore, stations face heightened scrutiny because on-board hydrogen must be stored under high pressure – up to 10,000 pounds per square inch. CSA says a station that has been independently verified to safely comply with the performance requirements specified in ANSI/CSA HGV 4.3 can ease the burden on the AHJ and result in smoother approvals.

Without a mobile test device like the HDTA, station owners must wait for each automotive OEM to bring a vehicle to their station for testing, according to CSA. The HDTA replaces the need for OEM vehicle testing at each station, reducing test time and associated costs.

“CSA Group is proud to promote the advancement of a safe hydrogen fueling infrastructure,” states Rajiv Rajput, executive vice president of strategic development at CSA Group. “We are excited to offer this testing service to our customers, helping them efficiently deploy and commission hydrogen fueling stations.”