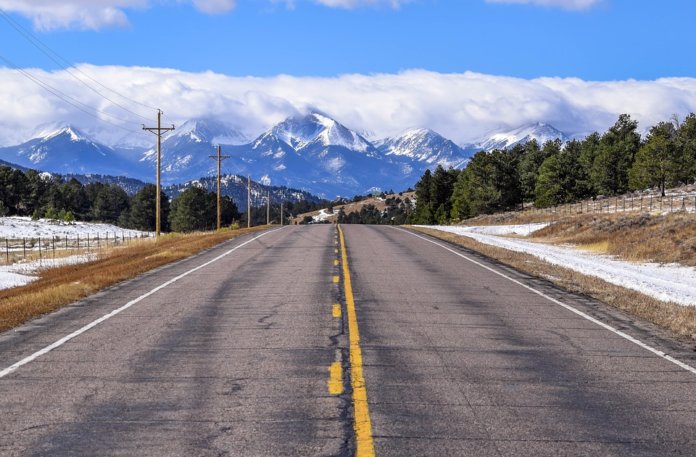 The new standard requires automakers to sell more than 5% ZEVs by 2023 and more than 6% ZEVs by 2025. The standard is based on a matrix of credits given for each electric vehicle (EV) sold, depending on the vehicle’s zero-emission range. The requirement does not mandate consumers to purchase EVs, but the standard is expected to result in manufacturers selling a wider range of models in Colorado, including SUVs and light trucks.

“The zero-emission standard does not compel anyone to buy an electric vehicle,” explains Garry Kaufman, director of the air pollution control division at Colorado’s Department of Public Health & Environment. “It only requires manufacturers to increase ZEV sales from 2.6 percent to 6.23 percent. It’s a modest proposal in the face of a critical threat. Where the federal government refuses to act, states must lead. Time is of the essence.”

John Putnam, environmental programs director at the department, adds, “We are committed to a state where Coloradans can zip up into the mountains in a zero-emitting vehicle and go for a hike without coughing and wheezing from ozone. It’s what Coloradans rightfully expect and deserve. We’ve made a lot of progress on cleaning up our air over the past several years, but the standards are getting more stringent. We have to rise to the challenge.”

The Air Quality Control Commission says its decision came after a public comment period and significant written and oral testimony.

Western Resource Advocates (WRA) says a coalition of automakers, the Colorado Energy Office and the Colorado Department of Transportation have committed to support Colorado’s ZEV program, which adopts California’s ZEV standard but allows automakers to rely on a bank of “proportional” credits to meet their ZEV compliance requirements. For a limited time, proportional credits allow automakers to rely on sales in other ZEV states to cover some of the requirements in Colorado. The proportional credits are projected to slightly decrease the total number of ZEVs that automakers are required to bring to market in Colorado, says WRA.

Despite this allowance for proportional credits, WRA recognizes that the new Colorado rule, with the opportunities it brings to make more EVs available quickly in the state, is an important first step in reducing vehicle emissions.

“Colorado’s transportation sector is on pace to be the state’s largest emitter of carbon dioxide by 2020. A ZEV standard, such as the one approved by the commission, will encourage sales of electric vehicles — a critical step to help Colorado meet its goals for reducing carbon emissions that cause climate change,” says Gwen Farnsworth, a senior energy policy advisor with WRA in Colorado. “Greater use of electric vehicles will help improve our air quality and public health.”

“As the Trump administration moves to roll back federal clean car standards, Colorado’s adoption of a ZEV standard is an essential step forward,” says Simon Mui, deputy director of the Clean Vehicles and Fuels Group at the Natural Resources Defense Council. “Colorado and other states must step up to reduce carbon emissions that threaten public health and contribute to climate change.”

Alice Henderson, attorney at the Environmental Defense Fund, says that with the new standards, Coloradans can expect to see “savings at the pump, cleaner air and a safer climate.”

Of the 3 basic EV drivetrains – all-battery BEV, hydrogen fuel cell FCEV, Plug-in Hybrid PHEV – which has the most potential to reduce fuel/energy consumption? The correct answer is PHEV. A good rule of thumb to prove it goes like this: Daimler Truck’s new BEV freight rig has a huge 550kwh battery pack. The Tesla ‘S’ sport sedan has an 85kwh pack. The Ford/Prius PHEV (rated an effective 110mpg) battery pack is a mere 5kwh. Should we direct battery and charging resources to “ONE” truck, 6 Tesla or 110 PHEVs? Figure the truck pack discharges twice daily and double… Read more »

Being in the recycle battery markets I agree. Most of these government clowns just have no idea the challenges and unintended consequences of their rules. Environmentalism in today’s world is a POLITICAL movement not based on science,engineering or a sturdy study of the future effects. My experience is they just don’t want to think that hard and they don’t dare go against the dogma of the movement as a whole. There is no diversity of opinion allowed in the politics of liberal environmental dogmatic principals, if you can call them principals. EV batteries that have a huge variety of LI-ION… Read more »