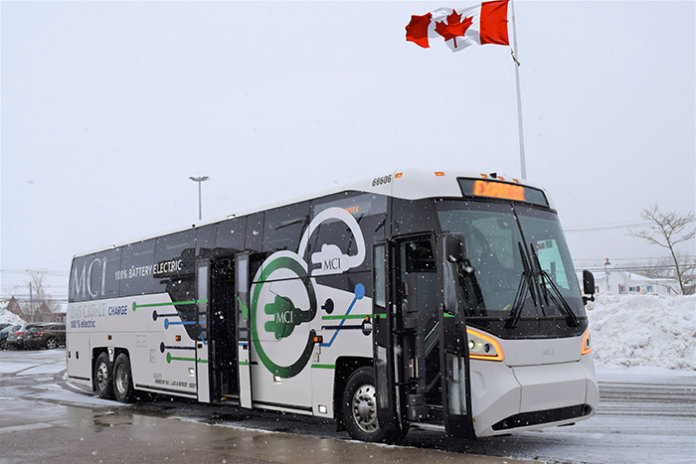 “We’re creating opportunities for government officials, electric utility companies, interest groups, environmentalists and passengers curious about the future of zero-emissions transit to ride along with us on the new MCI D45 CRTe LE CHARGE,” says Mike Cassidy, principal of the Cassidy Group.

“Bus travel is already the most sustainable form of long-distance travel. Now, with MCI’s commitment to battery-electric, we can transform our communities and improve our carbon footprint even further,” he adds.

Cassidy Group’s T3 Transit was the first to test a battery-electric, low-floor transit bus made by MCI sister company New Flyer on municipal transit routes serving greater Charlottetown on Prince Edward Island in 2018. Coach Atlantic Maritime Bus has committed to green strategies throughout its offices, maintenance hubs and service routes, and anticipates introducing battery-electric to its operation by 2022.