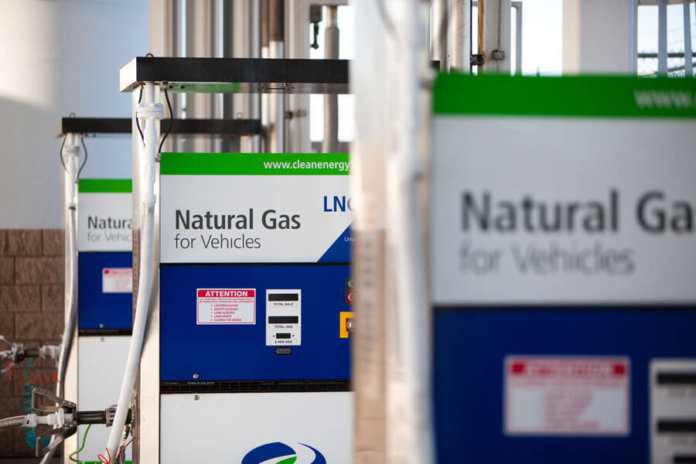 Natural gas fuel company Clean Energy Fuels Corp. has announced its operating results for the quarter and nine months ended Sept. 30. The company delivered 92.3 million gallons in the third quarter of 2018, compared with 91.5 million in the third quarter of 2017. In the first nine months of the year, it delivered 266.8 million gallons, compared with 265.0 million delivered in the same period in 2017.

Clean Energy notes that the RNG is represented as a non-vehicle fuel; RNG sold as vehicle fuel is sold under the brand name Redeem and is included in the table in the CNG or LNG numbers.

Further, the company’s revenue for the third quarter of 2018 was $77.3 million, driven by a 7.4% increase from a year ago in volume-related revenue, reflecting higher volumes and pump prices and a continued strong RNG market, says Clean Energy.

In addition, station construction revenue trended up to $9.4 million for the third quarter of 2018 from $5.8 million in the second quarter of 2018. Station construction revenue for the third quarter of 2017 was $12.5 million and included a greater mix of full station builds. Revenue for 2017 included $5.9 million in compressor sales, whereas in 2018, the company did not report any such sales, due to combining its compressor manufacturing business in December 2017 with Landi Renzo’s compressor manufacturing business.

“Zero Now Financing has tremendous potential because it gives heavy-duty truck fleets the opportunity to purchase clean natural gas trucks for the price of diesel trucks while also allowing them to lock in a fixed discount to diesel,” he continues. “Subsequent to quarter-end, we also signed a significant joint-marketing RNG deal with BP. We believe we are well-positioned financially and anticipate rapidly growing our Redeem renewable natural gas business with the new BP deal and adding volume through the Zero Now Finance program.”