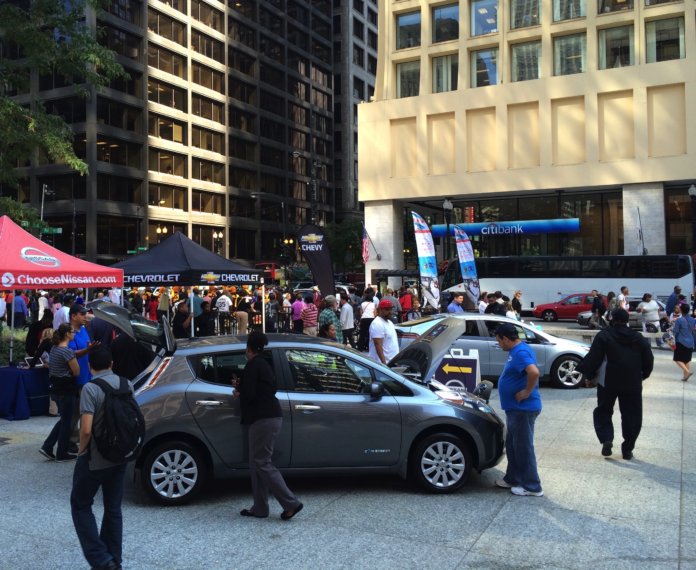 Chicago Area Clean Cities Coalition says that consumers will have a chance to test drive some of the newest electric vehicles (EVs) at the Chicago Science Fest on May 20 as part of the new seven-state EV partnership Midwest EVOLVE.

The ride-and-drive events are a part of a three-year partnership between the American Lung Association of the Upper Midwest and eight Clean Cities coalitions throughout the Midwest to demonstrate the performance and environmental benefits of EVs.

“There’s no better way to learn about how cool electric vehicles are than getting behind the wheel,” says Samantha Bingham, coordinator of the Chicago Area Clean Cities, a partner in the Midwest EVOLVE project. “While you and your family are having fun at the Chicago Science Fest, we’re giving consumers an opportunity to learn about electric vehicles and their outstanding performance, how they improve air quality and save fuel, and fit the needs of your driving habits.”

The third annual Chicago Science Festival will be hosted by the Illinois Science Council at the Merchandise Mart, located at 222 W Merchandise Mart Plaza. As reported, ride and drives will be available from 10 a.m. to 5 p.m., featuring vehicles such as the all-new 2017 Chrysler Pacifica plug-in hybrid vehicle and the Nissan LEAF.

“The Chicago Science Festival is a celebration of science, technology, engineering and math (STEM) in our area,” says Monica Metzler, founder and executive director of the Illinois Science Council. “We have talks and demonstrations all day that highlight the amazing research, and researchers, from Argonne Lab, Fermilab, Northwestern, University of Chicago, UIUC, RUSH, the Rehabilitation Institute, and more.”

Between now and the end of 2019, more than 200 large and small Midwest EVOLVE events, including ride and drives, workplace-charging seminars, and other events, will be held throughout the Midwest.