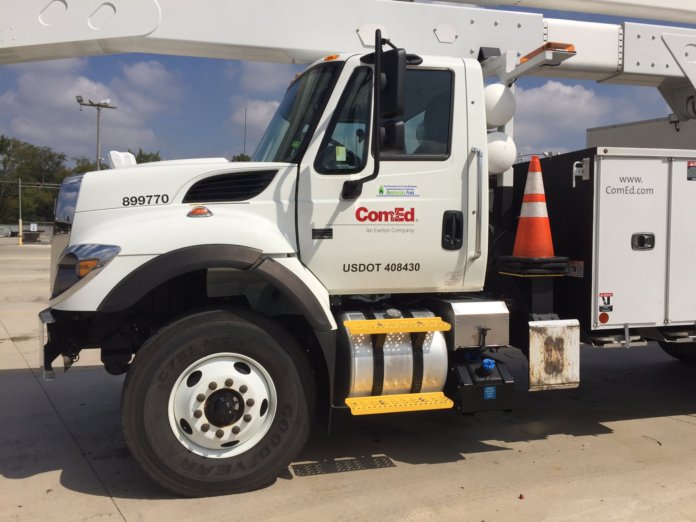 The Chicago Area Clean Cities Coalition has announced its Green Fleet Leadership Award winners for 2017: companies and government agencies that are leading in the adoption of alternative fuels and clean-vehicle technologies for their fleets.

The Green Fleet Leadership Award winners were named last night at the coalition’s year-end meeting. The awards are given annually to commercial or government fleets that take actions to locally reduce petroleum consumption and improve air quality, such as by using cleaner-burning alternative-fuel vehicles, electric vehicles or other advanced technologies.

“The fleets we’re recognizing range from using compressed natural gas (CNG) to propane to plug-in electric and hybrid vehicles, all with the goals of saving fuel, reducing emissions and saving money,” says John W. Walton, chair of Chicago Area Clean Cities. “The fleets that we have selected operate in the Chicagoland area and are terrific examples for others to follow to learn about the advantages of clean-vehicle technologies.”

City of Chicago: The City of Chicago continues to increase its sustainability efforts. In June, Chicago Mayor Rahm Emanuel filed an executive order committing Chicago to follow and adopt the guidelines of the Paris Agreement. Over the next few years, Chicago is adding 182 electric vehicles to the city’s vehicle fleet, plus nine DC fast-charging stations and 182 Level 2 charging stations. Chicago expects to have a passenger fleet that is 25% EV by 2023. Currently, the city operates a fleet of 2,600 vehicles compatible with E85 fuel. In 2016, the city’s fleet used more than 750,000 gallons of E85 (ethanol) instead of traditional gasoline or diesel fuel.

Chicago Transit Authority (CTA): The CTA is the primary public transit agency serving the City of Chicago. With more than 200 hybrid buses, the CTA continues its efforts toward a lower-emissions fleet. The CTA operates four hybrid-electric SUVs, as well as more than 250 hybrid electric buses and two all-electric buses. In 2016, the CTA’s hybrid and electric fleet reduced fuel consumption by 130,000 gallons of fuel using these cleaner hybrid-electric vehicles.

Coca-Cola: The Coca-Cola Company is one of the world’s largest beverage companies, offering more than 500 brands to people in more than 200 countries. In recent years, Coca-Cola has made a large effort to electrify its fleet. Coca-Cola went from operating no hybrid and electric vehicles to nine in the Chicago region in the past year. The company’s hybrid and electric fleet displaced nearly 6,500 gallons of petroleum-based fuels in its Chicago-area fleet. 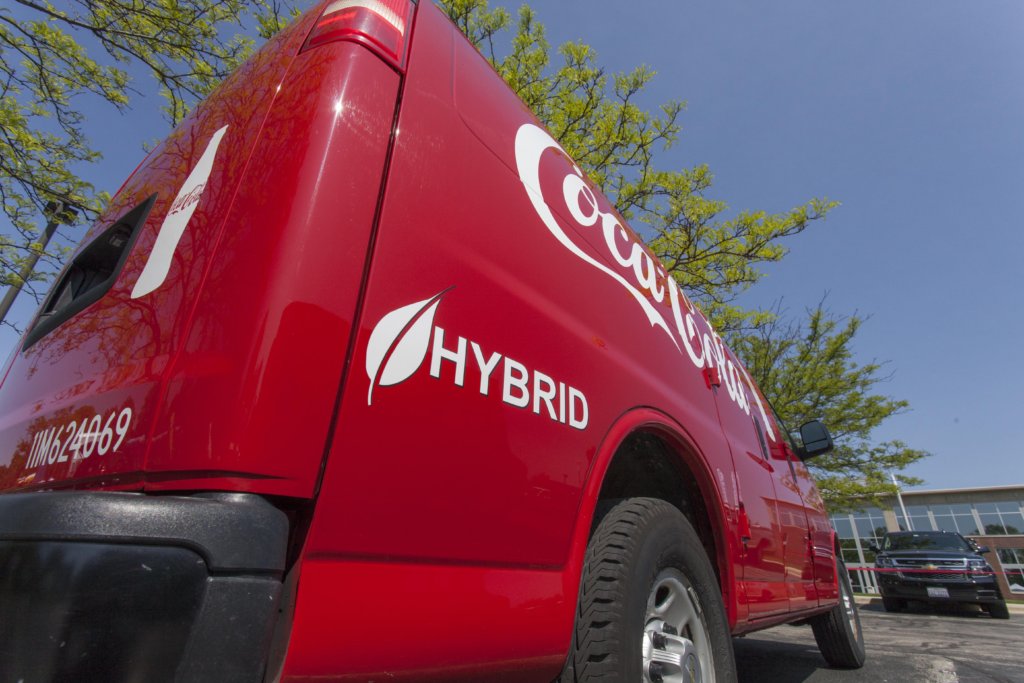 FedEx Express: FedEx Express provides customers with a broad selection of transportation, e-commerce and business services. The company’s adoption of alternative fuels and green transportation has made it a leader in the Chicago region in reducing greenhouse gasses omitted. In 2014, the company owned and contracted more than 1,000 alternative-fuel vehicles worldwide. Last year, FedEx lowered its vehicular emissions of greenhouse gasses in the Chicago area by 9,500 tons.

Peapod: Peapod is a grocery delivery service providing customers with delivery access to fresh and health groceries. It has shown a large commitment to adopting alternative fuels for its delivery vehicles. Peapod operates two heavy-duty CNG vehicles. Last year, the Peapod’s CNG vehicles increased their CNG use by 87% (8,268 GGEs). Peapod also possesses 17 clean-burning propane vehicles. In 2016, the company’s propane fleet improved their use of propane fuel by 94% (58,009 GGEs).

Waste Management: Waste Management, based in Houston, is a provider of comprehensive waste management services in North America. “We are excited to accept the Green Fleet Leadership award from Chicago Area Clean Cities,” says Scott Zielinski, fleet director for Waste Management of Illinois Inc. “In the Chicago area, we are utilizing 220 natural-gas vehicles to service our customers, with another 20-plus to be added in early 2018. We take a lot of pride in providing solutions that support safer, greener, and cleaner communities.” In 2016, Waste Management’s compressed natural gas (CNG) vehicles displaced more than 1 million GGEs in the Chicagoland area by using cleaner-burning CNG fuel. Across the U.S., Waste Management’s fleet includes more than 6,000 natural gas trucks, the largest heavy-duty truck fleet of its kind in North America.

Watts on Wheels: Watts on Wheels is a for-hire transportation service operating all Tesla vehicles. The company was founded on the premise of using all electric vehicles. It currently maintains a 100% electric fleet and has a mission of providing a totally green experience. The company has five vehicles in its fleet, which is estimated to have saved 58 tons of greenhouse gas emissions in 2016, the equivalent of 134 barrels of oil.

At the awards ceremony, the Chicago Area Clean Cities Coalition also recognized the American Lung Association as its 2017 Clean Fuels Champion for its work in seeking ways to improve air quality and public health. The American Lung Association oversees the Clean Air Choice program throughout the U.S. promoting alternative fuels, partnering with fleets to replace diesel engines, and supporting the clean-air advantages of electric and hybrid vehicles.