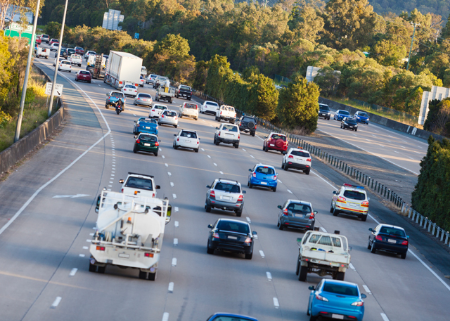 In celebration of the 47th annual Earth Day, the California Air Resources Board (CARB) has announced its continued commitment to fight climate change and protect public health, including efforts to advance and promote zero-emission vehicles (ZEVs).

CARB says it intends to continue these efforts despite the recent stances taken by federal regulators.

As part of these efforts, Brown has directed CARB to push into new areas of environmental improvement.

Some of those recent actions include the following:

Last month, CARB voted to continue with the vehicle greenhouse-gas emission standards and ZEV program for cars and light trucks sold in California through 2025. The action ensures that California and 12 other states that follow its vehicle regulations, together accounting for one-third of the U.S. auto market, will move forward on standards that will deliver more fuel-efficient cars, saving consumers money and cutting greenhouse gases.

The board also voted to support the expansion of the ZEV marketplace before 2025, paving the way for new regulations to rapidly increase the number of ZEVs to be sold in California after 2025. Specifically, Brown has called for 1.5 million ZEVs on California roads by 2025. There are currently 280,000 ZEVs in California, which is more than half the national total, even though California is only 10% of the nation’s population.

CARB is working with the public, stakeholders and other state agencies to develop a scoping plan that sets the course for California to reduce greenhouse-gas emissions by 40% below 1990 levels by 2030 – the most ambitious goal in North America. The plan builds on the state’s successful efforts to reduce emissions and outlines the most effective ways to reach the 2030 goal, including continuing California’s cap-and-trade program. CARB will consider the plan at the end of June.

In July, state agency leaders released the California Sustainable Freight Action Plan, a comprehensive document that serves as a blueprint for transforming the state’s multibillion-dollar freight transport system into one that is environmentally cleaner, more efficient and more economically competitive than it is today.