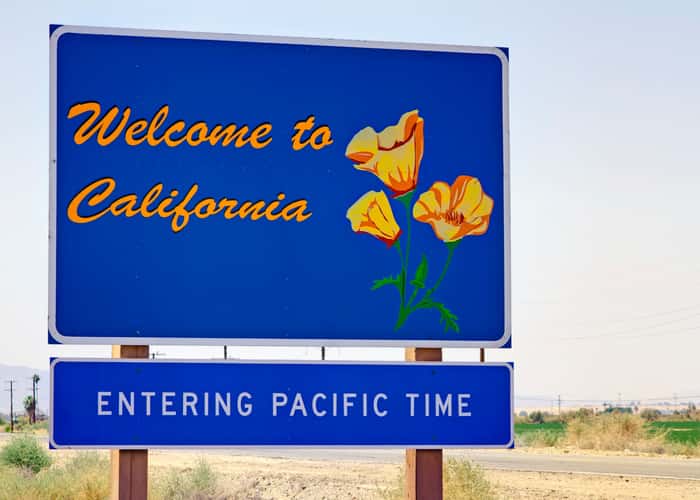 Marking a big step in its fight against climate change, the California Air Resources Board (CARB) has released its proposed plan to reduce greenhouse-gas emissions by 40% below 1990 levels by 2030 – the most ambitious target in North America.

The plan, which includes enhanced focus on zero- and near-zero-emission vehicle technologies and greater use of low-carbon fuels, builds on the state’s successful efforts to reduce emissions and outlines the most effective ways to reach the 2030 goal, including continuing California’s cap-and-trade program.

As reported, achieving the 2030 target under the proposed plan will continue to build on investments in clean energy and set the California economy on a trajectory to achieving an 80% reduction in greenhouse-gas emissions by 2050. According to CARB, this is consistent with the scientific consensus of the scale of emission reductions needed to “stabilize atmospheric greenhouse-gas concentrations at 450 parts per million carbon-dioxide equivalent and reduce the likelihood of catastrophic climate change.”

“Climate change is impacting California now, and we need to continue to take bold and effective action to address it head on to protect and improve the quality of life in California,” says CARB Chair Mary D. Nichols. “The plan will help us meet both our climate and our clean air goals in the coming decades and provide billions of dollars in investments to cut greenhouse gases, smog and toxic pollution in disadvantaged communities throughout the state. It is also designed to continue to drive creative innovation, generating good new jobs in the growing clean technology sector.”

For the past decade, California has been reducing emissions through a series of actions and advances in technology, including cleaner, more fuel-efficient cars and zero-emission vehicles; low-carbon fuels; renewable energy; waste diversion from landfills; water conservation; improvements to energy efficiency in homes and businesses; and a cap-and-trade program. The result is improved public health, a growing economy with more green jobs, and better clean energy choices for Californians.

A.B.32, signed in 2006, set California’s initial goal to reduce greenhouse-gas emissions to 1990 levels by 2020 and directed CARB to develop a climate change scoping plan – to be updated every five years – detailing specific measures needed to reach the target. This new proposed plan, required by the Governor’s April 2015 Executive Order, updates the previous scoping plan to account for the new 2030 target codified in S.B.32.

Notably, the proposed plan continues the cap-and-trade program through 2030 and includes a new approach to reduce greenhouse gases from refineries by 20%. It incorporates approaches to cutting super pollutants from the Short Lived Climate Pollutants Strategy, acknowledges the need for reducing emissions in agriculture, and highlights the work under way to ensure that California’s natural and working lands increasingly sequester carbon.

CARB says achieving the 2030 goal will require contributions from all sectors of the economy and will include enhanced focus on zero- and near-zero-emission vehicle technologies; continued investment in renewable energy, including solar and wind; greater use of low-carbon fuels; integrated land conservation and development strategies; coordinated efforts to reduce emissions of short-lived climate pollutants, which include methane, black carbon and fluorinated gases; and an increased focus on integrated land-use planning to support livable, transit-connected communities.

The proposed plan, which follows the release of a discussion draft in December, analyzes the potential economic impacts of different policy scenarios, including a carbon tax, and calculates the benefit to society of taking actions to reduce greenhouse-gas emissions. The plan also includes the estimated range of greenhouse gas, criteria pollutant and toxic pollutant emissions reductions of each measure.

The analysis in the plan finds that cap-and-trade is the lowest-cost, most efficient policy approach and provides certainty that the state will meet the 2030 goals even if other measures fall short. The cap-and-trade program funds the California Climate Investments program, which provides funds for community, local, regional and statewide projects aimed at reducing greenhouse-gas emissions – with at least 35% of proceeds invested in disadvantaged and low-income communities.

To date, a total of $3.4 billion in cap-and-trade funds have been appropriated for the California Climate Investments program.

The proposed plan was developed by CARB staff over the past 18 months, working with multiple state agencies and departments and guided by legislation. According to CARB, the plan reflects input from dozens of public workshops and community meetings and input from CARB’s Environmental Justice Advisory Committee and many other stakeholders.

The first of three public hearings on the proposed plan will be held at the regularly scheduled board meeting on Jan. 27. The Final 2017 Scoping Plan Update will be released in late March and be considered for approval by the board in late April.