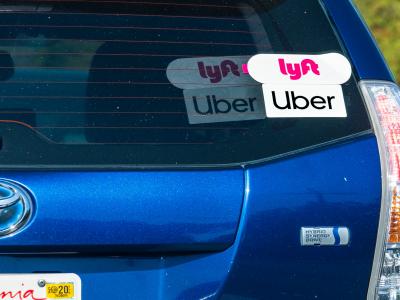 The California Air Resources Board (CARB) has approved the nation’s first standard to transition ride-hailing fleets to zero-emission vehicles by 2030.

The Clean Miles Standard will ensure that 90% of ride-hailing miles traveled across California take place in zero-emission vehicles by 2030 and provide a model for other states to address pollution attributable to Uber, Lyft and other ride-hailing companies.

“This regulation is a big win for public health, the climate and for ride-hailing drivers too if Uber and Lyft step up and support electrifying their fleets,” says Elizabeth Irvin, a senior transportation analyst at the Union of Concerned Scientists (UCS). “Ride-hailing companies have not delivered on their promise of a future with fewer cars and lower pollution. Instead, ride-hailing services in urban areas have increased pollution and congestion and reduced climate-friendly, public-transit ridership. California air regulators took a critical step today to ensure that these companies take responsibility for their pollution by transitioning to electric vehicles (EVs).”

Numerous studies show that the rise of Uber and Lyft has siphoned riders away from public transit and other climate-friendly forms of transportation and increased air pollution in U.S. cities. Surveys of California riders, for example, indicate that 24% of non-pooled rides and 36% of pooled trips would have been taken via mass transit, walking or biking, or not taken at all. And, according to a 2020 UCS analysis, ride-hailing trips are 69% more polluting than the trips they replace, and a non-pooled Uber or Lyft ride is 47% more polluting than a private car trip.

According to a UCS analysis of CARB data, transitioning ride-hailing fleets to electric vehicles, as required by the standard, is affordable. It would cost companies less than 4 cents per mile, or around 43 cents per trip. Drivers, meanwhile, would benefit from lower fuel and maintenance costs and save about $1,000 annually.

Uber and Lyft are opposed to covering the cost of new electric vehicles for their drivers and have called on the state to finance the transition. Irvin said California regulators have to hold the companies accountable for footing the bill.