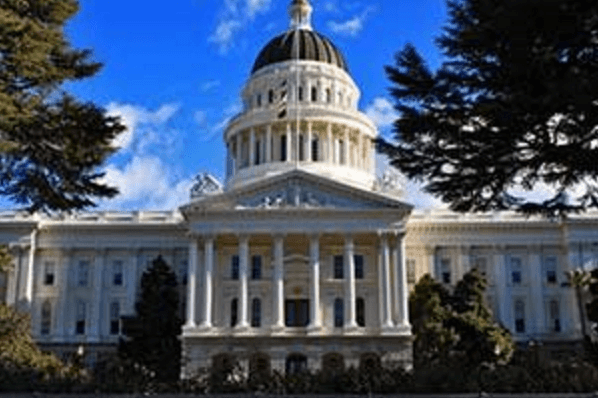 The California Natural Gas Vehicle Coalition (CNGVC) says it is actively working on two bills this legislative session that could significantly increase the market for natural gas vehicles (NGVs) and is closely following several other bills that also could drive the NGV industry forward.

As reported, CNGVC is sponsoring A.B.476, which updates the statutory definition of heavy-duty vehicles and defined medium-duty vehicles, and is co-sponsoring S.B.53, which codifies a weight exemption for NGVs.

The coalition says these bills aim to make it easier for fleets to invest in NGVs of all classes.

“A.B.476 and S.B.53 are especially important because they will create an unprecedented parity between dirty diesel trucks and clean NGVs,” says Coalition President Thomas Lawson. “We are proud to sponsor A.B.476 and to co-sponsor S.B.53 with the San Diego County Disposal Association.”

“We need to specify weight classifications for vehicles in light-, medium-, and heavy-duty classes in order to more effectively reduce each type of vehicle’s emissions and ensure that state programs align with legislators’ intentions,” says Lawson.

“Heavy-duty diesel trucks remain one of the largest sources of fine particulate matter, so it is critical that the state’s investments in heavy-duty truck technology specifically target the trucks that create the most pollution,” comments Lawson.

Currently, the weight limit for a heavy-duty truck on highways is 80,000 pounds, including trailers. But NGVs typically exceed that weight by 2,000 pounds because their fuel systems are heavier than their counterparts in diesel vehicles.

“A company or municipal fleet opting for an alternative fuel that emits fewer pollutants than diesel is actually punished by having to carry a lesser load to stay in compliance with the 80,000-pound limit,” says Lawson. “Allowing NGVs to carry the same weight of goods would cut down on NGV truck trips, reducing emissions even further. It would also eliminate a disincentive to switch from diesel to natural gas fuel.”

The FAST Act only applies to federal interstate highways, so the exemption only becomes truly effective when states adopt the same exemption for state highways and local roads. The act allows each state to decide individually to increase its limits; so far, 13 states have done so, including New Mexico and Arizona. S.B.53 would codify the federal standard in California.

The coalition says S.B.53 allows a natural gas–fueled vehicle to exceed the 80,000-pound limit by as much as 2,000 pounds because, compared with diesel or gasoline fuel systems, natural gas fuel systems can add that much to a vehicle’s weight.

Some stakeholders have expressed concerns about safety and the impact of having heavier trucks on the roadways. The coalition believes that the extra 2,000 pounds will pose no safety risk because the tractor axles, wheels, and tires, rather than the trailers, bear the extra weight, and they are designed to accommodate it. The bill’s supporters also note that California’s highways are built to carry much heavier loads than 82,000 pounds.

As reported, S.B.174 creates a mechanism to get the dirtiest trucks off California’s roads by Jan. 1, 2020. It requires the DMV to refuse to register aging diesel vehicles that weigh more than 14,000 pounds unless they comply with applicable air pollution control technology requirements or have a CARB-approved exemption.

Republished with permission from the California Natural Gas Vehicle Coalition.