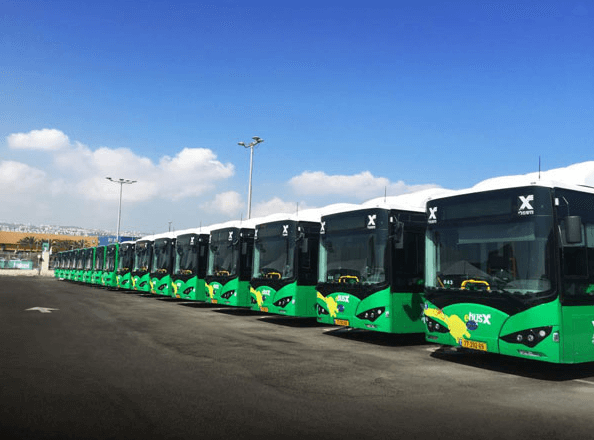 BYD says it has secured an order for 17 purely electric buses to service the northern port city of Haifa, Israel’s third largest city.

According to BYD, the single-deck, 12-meter buses will be operated by Egged, the country’s largest bus operator with almost 3,000 buses.

As reported, the buses were purchased after BYD won a competitive tender process. This announcement follows trials of a BYD single-decker, which has been operating in Tel Aviv, Israel’s second largest city, since 2013. In Haifa, the new fleet is expected to cover 200 kilometers per bus per day.

Ze’ev Elkin, Israel’s Minister of Environmental Protection, says, “It’s the beginning of a revolution in the Haifa area, which aims to reduce pollution coming from public transportation through the planned investment of 400 million Shekels (€93.6 million).”

Yisrael Katz, Minister of Transport, adds, “These buses are just the beginning. We aim to introduce green transportation in the Haifa area and around the country.”

“This is a very significant development for BYD – a new country for us which recognizes the strength of the BYD product,” comments Isbrand Ho, managing director of BYD Europe. “And it’s important to note that it’s the good experience over four years of our trial bus in Tel Aviv that led to this week’s announcement. The proven technology following our existing orders and extensive trials program will lead us to further sales success in many of the cities in our region that are only now implementing the green transportation that we see in Haifa.”