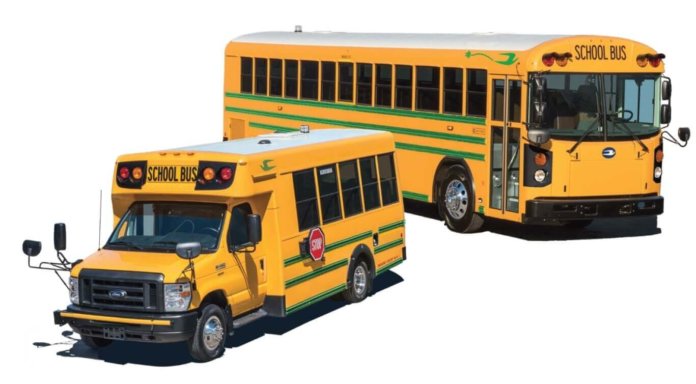 Blue Bird Corp. has announced that more than 100 electric school buses, powered by a Cummins fully electric drivetrain, have been ordered to date for North American schools.

“The amount of interest has been outstanding; people are very excited about a 100 percent electric-powered school bus,” says Phil Horlock, president and CEO of Blue Bird Corp. “The nation is increasingly influenced in electric vehicle transportation in general, and we anticipate rapid growth of electric school buses as more districts are educated on the zero-emissions and low-maintenance benefits they bring to their local communities.”

Blue Bird has been working with electric technology in school buses since 1994 and recently partnered with the Cummins Electrified Power business segment. Cummins produces the drivetrains that power Blue Bird’s Vision Electric and All American Electric buses. Over the next three years, Cummins is investing $500 million in electrification to bring fully electric and hybrid solutions to market across a range of applications.

“Cummins and Blue Bird are committed to supporting customers and ensuring that we are safely transporting our children and improving air quality for communities,” comments Julie Furber, vice president of electrified power at Cummins Inc. “Schools can count on Cummins to deliver the same level of support and service network for these electric buses that we’ve always delivered through our more than 200 wholly owned branch locations and 3,200 service technicians in North America.”

The Blue Bird electric buses, which are capable of up to 120 miles of range, can be recharged in approximately eight hours using a standard SAE J1772 Level 2 charger.