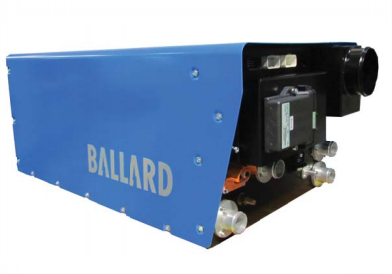 As reported, Ballard plans to deliver the engines to Zhuhai Yinlong Energy Group this year for integration into buses that will be deployed in Beijing.

“Yinlong is a highly regarded bus manufacturer in China’s clean energy mass transportation sector. It is now expanding its product portfolio to include hybrid fuel cell-powered buses to complement the existing offering of battery-electric buses,” says Randy MacEwen, Ballard’s president and CEO. “We are delighted that Yinlong has selected Ballard as its supply partner for fuel cell engines to support its initial Beijing demonstration and future growth plans.”

Yinlong Energy, located in the City of Zhuhai in Guangdong Province, is a key player in the implementation of China’s New Energy Vehicle Program, focusing on battery-powered electric vehicles (EVs), including buses and other passenger vehicles. Yinlong plans to manufacture approximately 35,000 EV buses in 2017.

Yinlong is planning to deploy and operate 10 fuel cell buses using Ballard FCveloCity-MD30 fuel cell engines for demonstration and optimization trials, initially in Beijing, prior to a broader commercial launch throughout China.

Yincang Wei, chairman of the board of Zhuhai Yinlong Energy Group, says, “Deployment of clean energy vehicles in China, including mass transportation buses, is a very high priority for national, provincial and city governments. We believe adding fuel cell power for range extension will complement our offering of zero-emission buses to meet a variety of operating conditions and duty cycles in Chinese cities. Our ’20-20 Plan’ is that 20 percent of our buses sold by 2020 will include fuel cell technology.”

Beijing, like many cities in China, suffers from a severe air pollution challenge, which is an important reason for the country’s move toward zero-emission mass transportation alternatives.