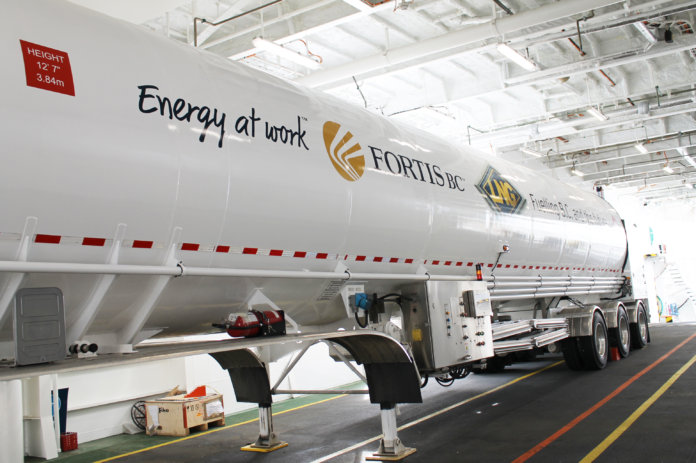 With the recently announced amendments to the Greenhouse Gas Reduction Regulation (GGRR) under British Columbia’s Clean Energy Act, the provincial government has reasserted its commitment to natural gas as a transportation fuel.

On March 1, B.C. authorities approved amendments to the GGRR enabling utilities to increase their incentives for liquefied natural gas conversions and marine fueling infrastructure and expanding the regulation’s coverage to include renewable natural gas-related investments.

First introduced in 2012, the GGRR had already been promoting incentives for the use of compressed natural gas and LNG in the transportation and marine sectors to reduce greenhouse-gas emissions. Now, with the new amendments, many utilities, such as FortisBC, are looking to expand their natural gas investments to capitalize on the opportunity.

Sarah Smith, FortisBC’s director of natural gas transportation and regional LNG, tells NGT News that the energy provider has C$47 million in financial incentives available to reduce capital costs for the conversion of natural gas-powered vehicles, marine vessels and other industrial applications – and now, in addition, more expenditures were approved for the following:

To bring this about, FortisBC will develop and design a new incentive and infrastructure program, encouraging the adoption of LNG as a marine fuel and supporting the build-out of associated fueling infrastructure. The energy provider adds that the expenditures could also apply to LNG locomotives moving goods to West Coast ports.

According to a government announcement, utility investments in LNG fueling infrastructure will help establish B.C. as a marine bunkering center on the West Coast, capable of providing LNG to an increasing number of natural gas vessels and reducing emissions across the globe.

As for RNG, which can be used interchangeably with conventional natural gas, the GGRR modifications will enable utilities to effectively double the available natural gas-conversion incentives for vehicles using 100% RNG.

Noting that B.C.’s transportation sector is responsible for the largest portion of greenhouse-gas emissions in the province, representing 37%, Smith says that converting fleets to natural gas is a win-win by helping the province achieve emission-reduction goals while simultaneously improving the air quality for surrounding communities.

As announced in its Climate Leadership Plan last year, the province is working toward an emissions-reduction goal of 80% below 2007 levels by 2050.

Since its inception, the incentive program has brought a multitude of natural gas vehicles and vessels to British Columbia. Smith says the program resulted in commitments for more than seven short sea domestic ferries, including Seaspan Swift, Seaspan Reliant, Salish Orca, Salish Eagle and the Salish Raven from BC Ferries, as well as the Spirit of British Columbia and Spirit of Vancouver Island; six mine haul trucks; and remarkably, more than 600 NGVs running on CNG and LNG fuel.

According to Smith, those more than 600 NGVs and vessels have effectively displaced 67.5 million liters of diesel fuel and reduced greenhouse-gas emissions by more than 74,000 tons.

“With conservative savings on average of 0.25 cents per liter, the 67.5 million liters saves approximately $16 million in fuel costs on an annual basis,” she explains.

“There is a growing appetite to use natural gas for transportation because of the significant economic opportunities and environmental benefits,” Smith says. “With the government’s commitment, we can now expand our investments to help companies realize these opportunities sooner.”