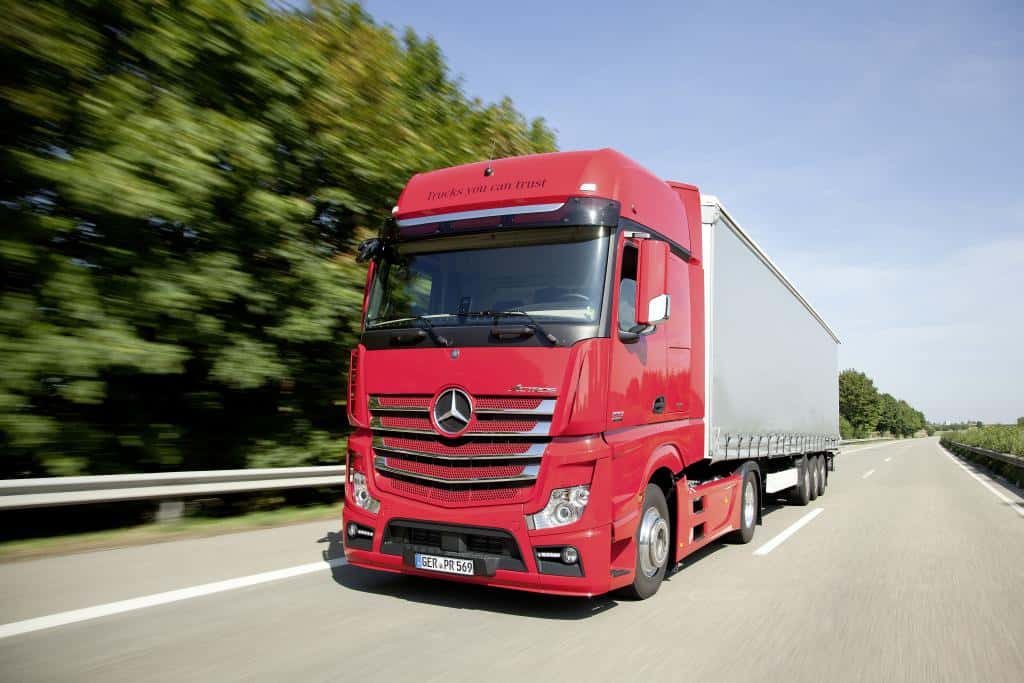 Mercedes-Benz Trucks has approved the use of hydrotreated vegetable oil (HVO) biodiesel in its in-line six-cylinder engine variants of the Mercedes-Benz OM 470, OM 471 (first generation) and OM 936, as well as the in-line four-cylinder variants of the OM 934 meeting the Euro VI emissions standard.

HVO is a biodiesel derived from waste materials such as waste fat, used cooking oil and oil from crop plants. The HVO raw material is sourced from a controlled and certified cultivation facility that does not compete with foodstuff production. This “green” diesel has been produced on an industrial scale since 2007.

Trucks from Mercedes-Benz fitted with engines from the OM 470, OM 471, OM 936 and OM 934 series meeting the Euro VI emissions standard may be operated with HVO going forward. This decision applies to all engine variants whatever their output category.

HVO is sulfur-free and contains no aromatics, and no ash is produced during the combustion process. The fuel can be used either in its pure form as an alternative to conventional diesel fuel or as an admixture in order to improve overall environmental performance. Mercedes-Benz says that use of unblended HVO leads to dramatic improvements in CO2 performance.

Mercedes-Benz Trucks only approved the use of HVO in its engines after comprehensive testing. Given that the characteristics of HVO mean that it is absolutely comparable to conventionally produced petroleum-based diesel fuel, no modifications to the engines or their peripherals are necessary. The injection process, fuel lines and seals all remain unchanged.

The same is also true of the intervals for oil changes and cleaning the particulate filter; there is also no restriction in terms of warranty and goodwill policy. Engine performance and torque also remain the same when HVO is used.