The executive order from the governor says, “As the highest-elevation state in the country, Colorado has unmatched natural beauty and world-class recreational opportunities, but it also creates unique challenges. Our communities, farms and wilderness areas are susceptible to air pollution and a changing climate. It’s critical for Coloradans’ health and Colorado’s future that we meet these challenges head on.”

The executive order instructs the Colorado Department of Public Health and Environment to develop a rule to establish a Colorado LEV program, which incorporates the requirements of the California LEV program. Then, the department must propose the rule to the Colorado Air Quality Control Commission during its August 2018 meeting for possible adoption into the Colorado Code of Regulations by Dec. 30, 2018.

The order notes that in April, the U.S. Environmental Protection Agency (EPA) announced plans to roll back vehicle emission standards for model years 2022-2025. However, under the Clean Air Act, states can adopt California’s alternative vehicle standards through a waiver from the EPA, rather than adhere to federal standards. In total, 12 other states have adopted California’s standards thus far, according to the executive order.

LEV standards will help the state meet its goal of reducing greenhouse-gas emissions 26% by 2025, the order adds.

“Colorado has a choice. This executive order calls for the state to adopt air quality standards that will protect our quality of life in Colorado,” says Hickenlooper. “Low-emissions vehicles are increasingly popular with consumers and are better for our air. Every move we make to safeguard our environment is a move in the right direction.” 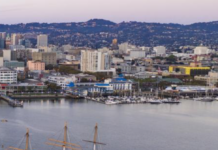