As the U.S. Environmental Protection Agency (EPA) prepares to roll back emission standards for light-duty cars and trucks, a consortium of automakers and California have agreed on a new voluntary framework that they say can serve as an alternative path forward for clean vehicle standards nationwide.

Automakers that have agreed to the framework are Ford, Honda, BMW of North America and Volkswagen Group of America, which will sell only cars in the U.S. that meet the standards under the framework.

Under the framework, gasoline and diesel cars and light trucks will get cleaner through 2026 at about the same rate as the current program. It also supports a national program that will result in at least 30% more greenhouse-gas (GHG) emission reductions compared to splitting up the standards between those followed by California and 13 other states and the less stringent standards proposed by the Trump administration, according to a press release from the California Air Resources Board (CARB).

“This agreement represents a feasible and acceptable path to accomplishing the goals of California and the automobile industry,” says Mary D. Nichols, board chair of CARB. “If the White House does not agree, we will move forward with our current standards but work with individual carmakers to implement these principles. At the same time, if the current federal vehicle standards proposal is finalized, we will continue to enforce our regulations and pursue legal challenges to the federal rule.”

California urges the Trump administration to reflect the principles in the framework in the vehicle emissions rule it is finalizing. If that does not occur, discussions on the approach laid out in the framework will move ahead.

According to CARB, the terms of the framework will deliver the same GHG reductions in five years as the original Obama administration standards would have achieved in four.

“Few issues are more pressing than climate change, a global threat that endangers our lives and livelihoods. California, a coalition of states and these automakers are leading the way on smart policies that make the air cleaner and safer for us all,” says Gov. Gavin Newsom, D-Calif. “I now call on the rest of the auto industry to join us and for the Trump administration to adopt this pragmatic compromise instead of pursuing its regressive rule change. It’s the right thing for our economy, our people and our planet.” 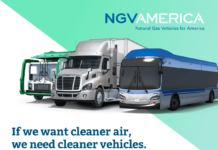 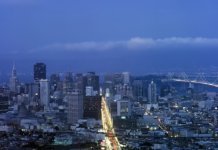 CARB and the automakers are committing fraud using these guidelines. Electric must be generated and is by coal and other fossil fuels. It must be transported through power lines with significant line loss. For them to want to “Simplify compliance by removing the requirement to consider upstream GHG emissions associated with the production of the electricity used by EVs when calculating the GHG emissions for a car maker’s fleet.” Is dishonest. RNG not only burns cleaner but removes methane from being released into the atmosphere and should remain CARBs cleanest vehicle fuel as it is today.